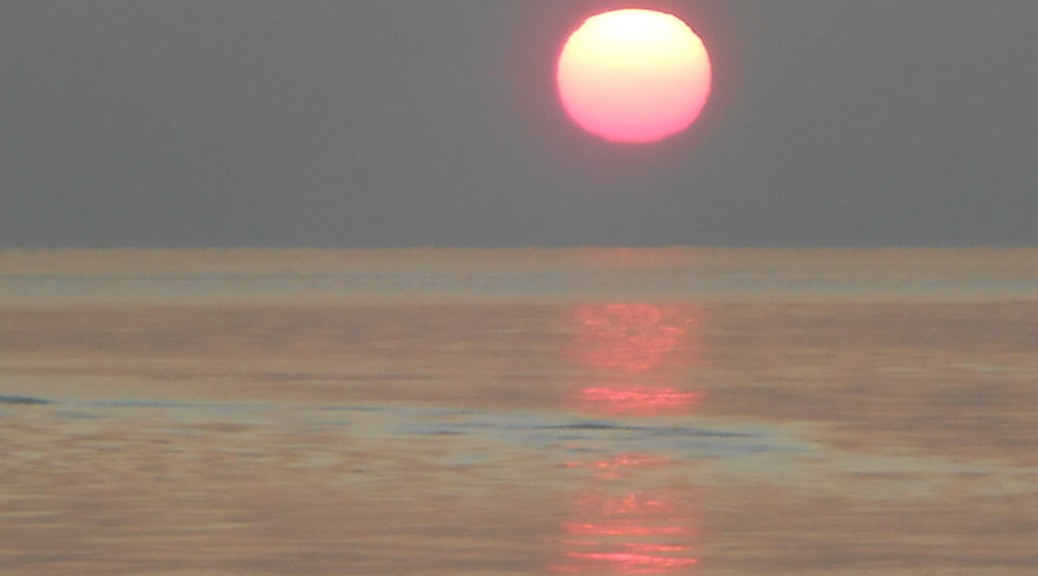 Isn’t it true that even a few short flashes of last summer’s cherished holiday memories, can get you through the darkest, coldest winter nights?

Isn’t fantasizing about the “perfect days” you are going to relish on your next trip, often as enjoyable as the real experience itself?

Isn’t Patmos, the most idyllic place to live in Europe, according to Forbes magazine, ideal for offering such perfect days, preceded by the pleasure of dreaming about them and followed by the bliss of recollecting them forever?

For me, a perfect day in this incredible place starts rather early in the morning by watching the breathtaking sunrise right across Patmos Villa Sophia, considered the best view in the whole island.

I continue by enjoying a tasty and wholesome breakfast comprised of local, pure products with my beloved family outside in the southeastern balcony of Patmos Villa Sophia. 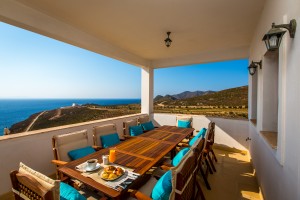 Right after, we decide to drive across the island towards its northern part, admiring the picturesque scenery and getting a sense of the simple but enchanting island life. 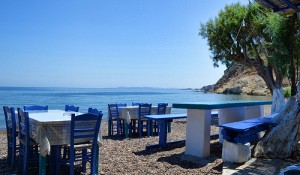 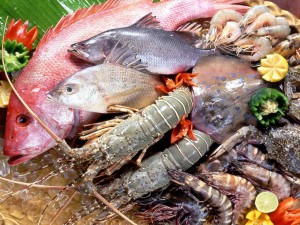 Right after lunch, we return to Patmos Villa Sophia relax with a short nap and cool off with cocktails around the swimming pool, marveling at the spectacular sight of the endless blue of the Aegean sea.

A little later, just before and during sunset, we take a refreshing stroll across the fantastic pathway around Patmos Villa Sophia leading to the nearby Grikos and Petra beaches. 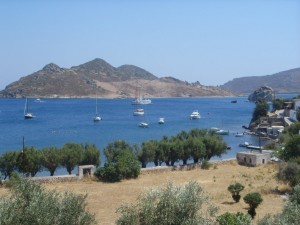 There, we try the local specialties like rabbit with tomato sauce and onions (lagos stifatho) and many other delicacies at the nearby Petra restaurant near the Patmos greenhouse and savor wine from the nearby vineyard.

When we return home, we enjoy a last drink in the romantic, candlelit verandas of Patmos Villa Sophia gazing at the wondrous night sky. 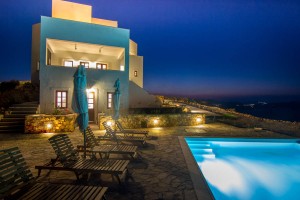 There, thousands of sparkling stars and our majestic Milky Way Galaxy can be seen absolutely clearly – echoing the ancient Greek myth that they were created by milk coming from the breasts of Mother of Gods Hera – because Patmos has lucid skies, few lights and is located in the middle of the Archipelago. 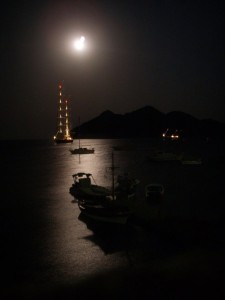 The perfect end to a “Perfect Day 1”… 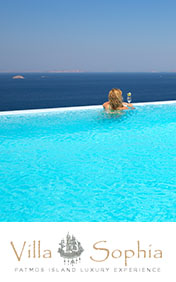